He wasn't having fun anymore.

Pat was born in the heart of America in Keokuk Iowa, a small town located on the banks of the Mississippi River . He always told his wife, Paula Hanninen, that "the best sailors come from the Midwest." Pat lived an American Life. He was a paperboy for the Keokuk paper, an Altar Boy at St. Mary's Catholic Church in Keokuk and a Boy Scout Troop 36 , Keokuk Iowa on the Mighty Mississipp. He learned to water ski on that same river and snuck into the Armory at night to play in the National Guard tanks. Overall, he was a pretty good kid, but just bad enough to be interesting.

Pat had a love of classical music and wooed his wife with Gregorian Chants and Copland's Appalachian Spring during their time together at Ole Miss from which he received his B.A. in 1976. He and Paula married three weeks later.

A patriot, Pat served his country as a Cold Warrior in the United States Navy for seven years, first as a Surface Warfare Officer, and then in Naval Intelligence.

After his time in the service, Pat worked as a Cable Laying Specialist for what was then AT&T's SOSUS group, based out of the Guilford Center, which is what brought him and his growing family to Alamance County. Finally heeding Paula's pleas for help with raising their four rambunctious daughters, in order to stay home, Pat co-founded Carolina Eye Prosthetics in l987. He served with love and gratitude his many patients, who found his low key approach and willingness to listen a great help to them as they navigated their own health crises.

Knowing that others helped him during his youth, Pat had a special interest in helping other young people. While watching the Western Alamance Junior Naval ROTC march in the Graham Christmas Parade one year, Pat decided they needed a boat, and started the first public high school sailing program in the state. Pat served as a Sunday School teacher with the toddlers and then later taught them as adolescents at the Episcopal Church of the Holy Comforter.

Never one to seek the limelight, Pat preferred to work behind the scenes, serving as a mentor to many young people, doing the work that had to be done on church committees and taking care of the household while Paula had to take care of her parents.

While no one in their right mind would call him an athlete, Pat was an excellent horseman, great at waterskiing and could shoot a squirrel for supper, which Paula tried and then rejected. He was also a craftsman, building most of the furniture in their home and two saunas for Paula. He designed and built two homes and restored a 33 ft. yacht on which the family sailed the Potomac River.

In 2012, following nearly three years of medical weirdness, Pat was diagnosed with Amyotrophic Lateral Sclerosis. His biggest concern, other than who was going to maintain his beard (which Paula did very well) was he wanted to be brave for his grandchildren as an example. We can all attest that he did his last task quite well. He kept his sense of humor, quiet grace and no-nonsense approach until the end.

Pat was predeceased by his granddaughter, Elizabeth Clare ; his mother, Emalee; and his brother, Kim.

We, who are sad, would like to thank everyone who made a difference; Dr. Richard Bedlack and his bevy of beauties at the Duke ALS clinic, Pat's nursing teams from Bayada and Private Duty Nursing, The Durham Veteran's Administration Home Health team, Dr. Scott Bennet and his gang at the AENT and the many many people who kept in contact when we were overwhelmed with life and too fraught to think. 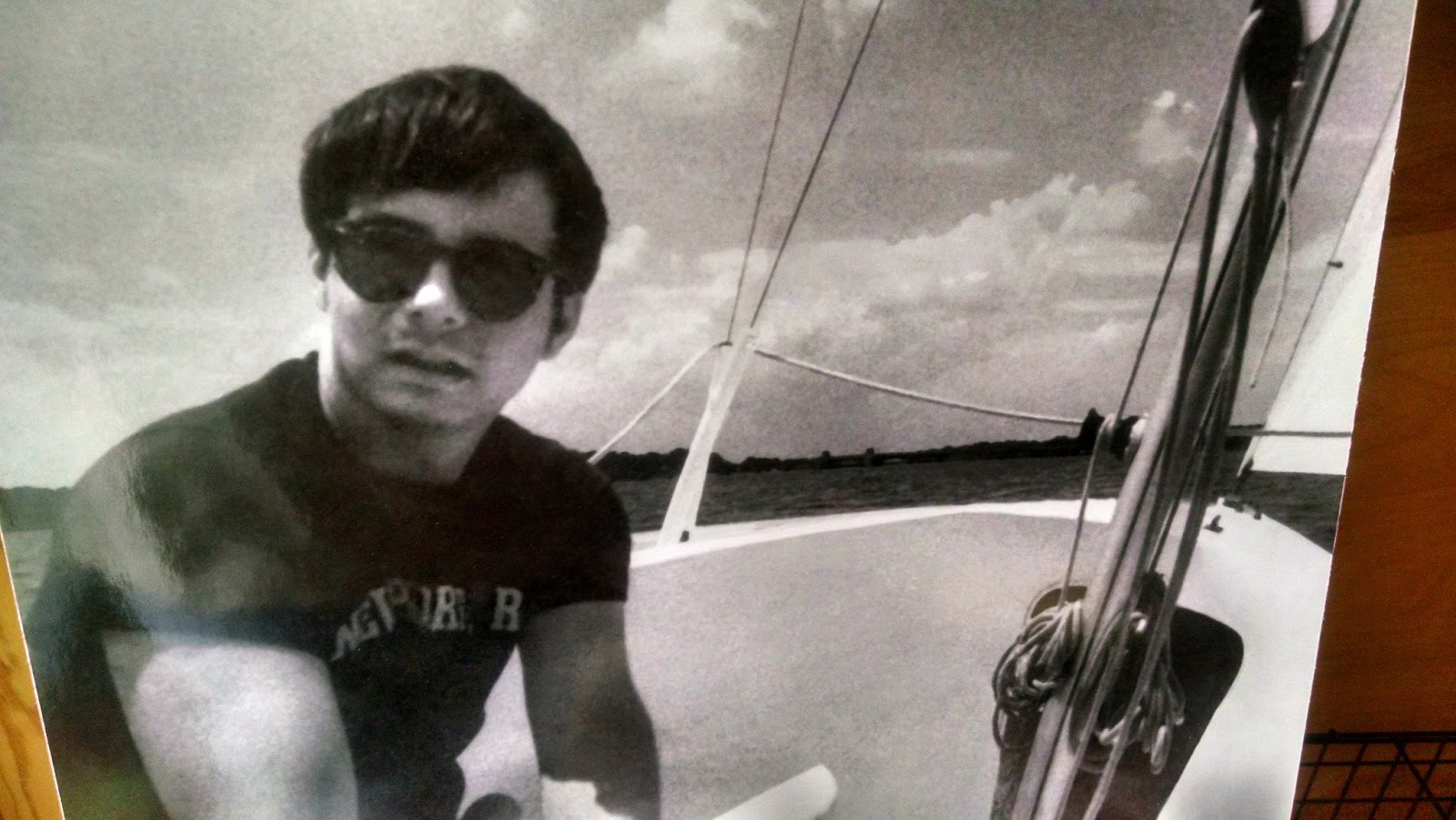 an other imposed zen sort of life

One of our children is very frustrated with me because whenever she asks me how I'm doing, I always say fine or I'm happy, because right then I am.  ALS is one of those diseases that forces us to  live in the now.

This morning, we had one of those lovely "ALS Moments" which had followed a similarly lovely "ALS weekend". And both involved the toilet.  At one point, I was with Pat while he was on the throne and I had to ask him, "Do you want me to call the girls?"   It was that bad.  But we got through it and now he's all good, and so I'M HAPPY.  Because now he's better and the nurse (who had been late) is here and everything is fine again. For now.

And to be honest, my main concern this morning was
Please, please...don't die on the toilet like Elvis.... 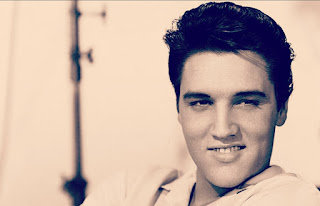 This wasn't supposed to happen

This is the Blog post I never thought I would write.

Today, Pat's outlived his prognosis by one day.   When he was diagnosed on May 24, 2012 the rule of thumb was he would live between 2-5 years.  Now he's at Five Years and one day. He has outlived his handicap sticker, three sets of battery vents, two vans, two speech machines, two nursing agencies and a dog.   He's a tenacious son of a gun.

This is not true of everyone  We know of those who died well within those parameters. This is a tough disease. ALS is hard on everyone.  We know medical professionals who have either quit or are planning on it because they can't stand all the deaths of wonderful people they've grown to know.

Of course, we've had help, I cannot stress enough how important the Duke ALS clinic with Dr. Bedlack and his gang have been.  The Durham VA Hospital comes through every time and their care for Pat has been phenomenal. Duke University Hospital and our local people, Drs. Bennett and McQueen at Alamance Eye Nose and Throat go above and beyond when we need them. The Bayada Nursing team got us off to a great start and we're looking forward to working with Full Coverage Private Duty Nursing now.

Since Pat has been diagnosed our grandchildren have also gone through changes. The oldest went from elementary school to worrying about college choices. And we have three newbies who came down to stay and be loved.

Don't pity us. We are here, still plugging away because of the choices we made.  Compassion,yes- such as you would have for any fellow creature of God - but don't pity us.  We have a wonderful life. As Ann Landers used to  ask, " are you better off with him or without?"  Everyday, my answer is "WITH!" and every day, I silently thank Pat for waking up.


Here's who we were at the beginning of the rodeo. That baby in arms was born after the diagnosis. 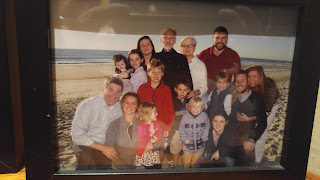 And here's where we are now. 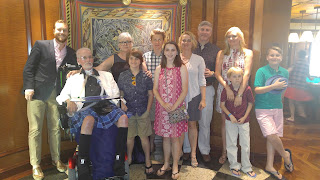 and here are the newbies to the family. The youngest is three. We anticipate meeting his children. 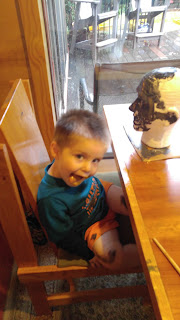 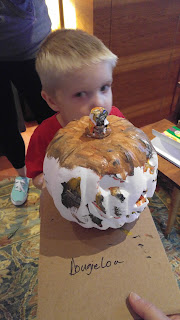 Here's to another five years and beyond. 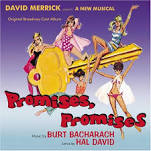 At the beginning of Lent  I'd made promises to a couple of Facebook friends that I would pray for their familial situations.  I did this via private message, taking to heart that bible verse about hypocrites praying on the street corners.   Also, because I know my prayer record is less than stellar, I thought doing this via private message would get me off the hook when I invariably failed.  Years ago, I'd  even taken a "centering prayer" class and all I did was end up trying to remember the lyrics to RED RUBBER BALL-the curse of adult ADDism.

We've had a couple of ALS induced funny weeks wherein nothing horrible happened, but I missed seeing BEAUTY AND THE BEAST and other things.  It also meant the kind of time, where when I go to bed at night, I am totally exhausted and  only want to read about the glorious naval battles of Jack and Stephen in my current MASTER AND COMMANDER book.  Instead, as soon as I settle in, visions of the names of the people I promised to pray for wander through my brain and I realize that I am not going to get to visit with  those brave sailors  until I fulfill my prayer commitment.  It only took me a couple of nights of this to realize, that if don't get to that prayer during the day, I will be reminded of it by the recipient of those upward thoughts.

I have no problem understanding God as creator of the universe- a bigger than life version of Charleton Heston and Dumbledore.   I know God can move mountains while keeping an eye on the sparrow.  I am just a bit surprised to discover he is kind of  a nag.

No tumeric for Pat.  It interacts with his diabetes medicine and damn near killed him....this is why self experimentation isn't always a good thing.   Better days ahead.
Posted by Paula at 5:25 AM 2 comments: 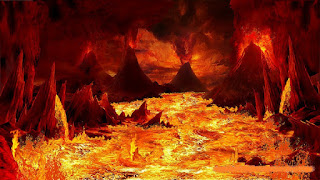 Nah, this isn't going to be about love or romance but rather inflammation....One of the benefits of having a really terrible disease in the 21st century, is the plethora of information to be found on the interweb. The trick is to make sure you're getting good skinny rather than bad.   Pat  belongs to a group called CReATE.  Here's the downlow on it embedded in an email.

A while back during a video conference with our favorite Dapper Dan, Dr. Bedlack, he commented "you don't seem to mind self-experimentation."  After laughing about that comment, we agreed.  It's not like we going to cut off Pat's head and put it in a strudel pan, but at a certain point when one has this sort of disease, and there is no cure, and no real treatments, you're sort of  willing to try anything. I mean, what's the worse that could happen???

So the news about the possible fast-tracking of the RIGHT TO TRY legislation is something that we can get excited about.   This legislation means that people with terminal illnesses who have pretty short term stale dates can bypass the usual FDA's years long approval process and try drugs that demonstrate potential help.

I think those of us of a certain age (as the French say) remember those horrendous pictures of the Thalidomide babies in Life magazine, which is why the FDA has such rigorous testing. But for those families battling ALS and other diseases, this might be our only hope.

A couple of years ago, our state legislature approved CBD oil, which is a cannabis derivative.   Pat uses a couple of snorts of that a day and between that and the other supplements he takes, his progression is pretty slow.

Life is a gamble, whether you're floating on a raft trying to escape a country that is in chaos or wanting to experiment with a partially tested drug.  We're grown-ups, we know the risks. We want to try. 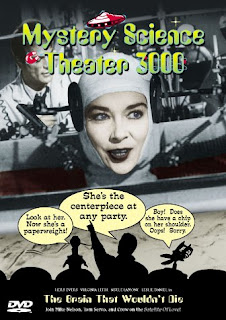